Bermex was founded by two like-minded individuals with a passion for helping people. Our story starts in Detroit in the summer of 1967 during a dark time in our county’s history. That summer, Detroit had one of the most violent and destructive riots on record, lasting five days. It claimed 43 lives, injured 342 people, burned 1,400 buildings, and left 5,000 people homeless.

On the east side of the city, in a neighborhood devastated by the riots, Father Robert Begin served as the priest of a small Catholic church, St. Margaret Mary. He wanted to do something to help the neighborhood recover and teamed up with two Jesuit brothers in 1968. They formed a company called Brothers’ Construction with its purpose to provide quality housing for low-income families. The firm rehabilitated 485 homes during its seven-year existence. All profits generated were returned to the churches of Detroit. 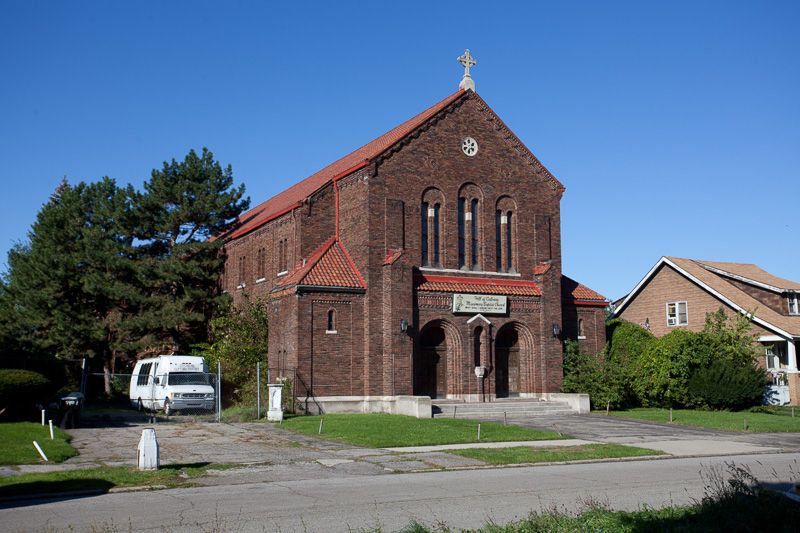 St. Margaret Mary Catholic church on 5095 Lemay Street — located on the east side of Detroit — is where Father Robert Begin was a priest and Bermex had its beginnings. Before the Archdiocese closed the church in 1984, it became a Baptist church. It was still being used until a fire in 2012 made the church unusable.

It was in 1972 that the early roots of Bermex were taking hold. Father Begin teamed up with Roger Kaltz and created Brother Specifications, Inc. (BSI). They provided inspection and repair specifications for the United States Department of Housing and Urban Development’s nationwide renovation program. The company wrote specifications for over 125,000 properties nationwide and wrote repair specifications for an additional 10,000 homes from Hawaii to South Carolina for damage due to natural disasters. Unlike most businesses in Detroit at this time, BSI flourished. The company was known for having many social activities and promoting camaraderie among employees — demonstrating that the family culture at Bermex appreciated to this day goes back to its founders.

When the energy crisis of the 1970s and 1980s hit, Father Begin and Kaltz adapted by founding Brothers Energy Resources, Inc. (BERI) in 1981 to assist utility companies in the fight against the energy shortage. With the skills of property renovation and energy management, they officially changed the name to Bermex in 1984, merging the names, principles, and missions of BERI and BSI.

The core values of Bermex were started by its founders who responded to a need in their neighborhood and wanted to make a difference. As years went by this included adapting to change and evolving to grow and better serve companies and our customers.

Since 1972, we’ve been working towards providing the best solutions by reducing our clients’ costs and minimizing customer complaints. We work with gas, electric, and water utility companies to design a plan that best fits the challenges you’re facing.

Metering Services You Can Trust

Learn more about what we can offer your organization.