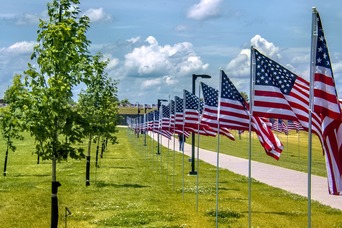 At Bermex, as well as our sister companies, we are grateful to our employees and to all veterans who have served, who continue to serve, and who gave their lives for the cause of freedom.

The U.S. Department of Defense shares five important facts we should all know about Veterans Day.

• Veterans Day does NOT have an apostrophe. The holiday is not a day that “belongs” to one veteran or multiple veterans, which is what an apostrophe implies. It’s a day for honoring all veterans — so no apostrophe needed.
• Veterans Day is NOT the Same as Memorial Day. Veterans Day honors all of those who have served the country in war or peace — although it’s largely intended to thank living veterans for their sacrifices.
• It was originally called Armistice Day, commemorating the end of World War I. Nov. 11, 1918, was largely considered the end of “the war to end all wars” and dubbed Armistice Day.
• For some inexplicable reason, the Uniform Holiday Bill in 1968 set Veterans Day commemorations for the fourth Monday of every October. On Sept. 20, 1975, President Gerald Ford signed another law (Public Law 94-97), which returned the annual observance to its original date starting in 1978.
• Other countries celebrate it, too, in their own ways. World War I was a multinational effort, so it makes sense that our allies also wanted to celebrate their veterans on Nov. 11.
Please join us in celebrating veterans across the country this November.

For the rest of our servicemen and women who wish to remain silent, we salute you as well.
Learn more about our commitment to service at bermexinc.com.

Since 1972, we’ve been working towards providing the best solutions by reducing our clients’ costs and minimizing customer complaints. We work with gas, electric, and water utility companies to design a plan that best fits the challenges you’re facing.

Metering Services You Can Trust

Learn more about what we can offer your organization.